Venture Out - a nights and weekends launch pad 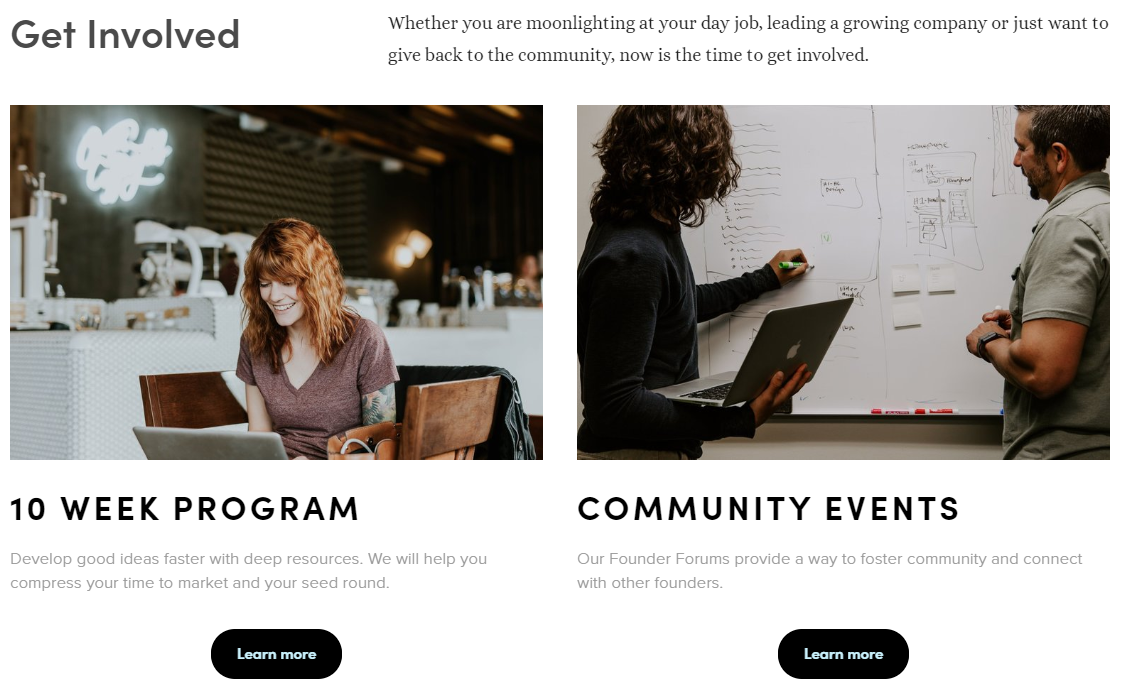 People often ask why there aren't more startups in the PNW given all of the local tech talent. Last week, two Microsoft and Amazon alums announced a new program called Venture Out that is aiming to address this opportunity. Here's my Q&A with Sean and Ken, the founders of Venture Out:

What’s Venture Out and who is it for?

Venture Out (VO) is an organization dedicated to supporting founders venturing out of their tech day job and into their startup. Whether you are moonlighting as an engineer or product manager at a large tech company,or have already cut the cord of your day job, Venture Out is here to support you.

The Venture Out Program is a nights and weekend's launch pad for founders that are either currently working on their startup on the side of their day job, or who have recently left their tech day job to go full time on their startup.Ideally, these founders have raised less than $500K in funding and are in the early stages of launching their companies and acquiring users.

As founders who left great jobs at big tech companies to start something new, what inspired you to take the leap?

When Sean moved from Boulder to Seattle the first thing he wanted to do was continue supporting startup founders. While working at Amazon,he noticed there were many people who had brilliant startup ideas but they did not want to pursue them full-time for two main reasons: First, they did not want to give up their paycheck or healthcare benefits, but second, and more importantly, they were so busy in their day jobs that they did not have time to identify a community of startup mentors, founders, and investors to support them.

This is when we launched a monthly event called Founder Forums. The key to this was that each member had to be either moonlighting on a startup idea, working on their startup full-time, or be a prior founder. We focused on those who had experience working for a large tech company and we did not allow any VCs or investors into the group unless that person was a prior founder. Fast forward 20 months and our group has grown to over 170 people and the number one request from the community has been to make this a full-time offering for those serious about venturing out of their day job. Without the inspiration from this amazing community, Venture Out would not be where it is today.

Ken has been a part of the Seattle tech and investing ecosystem since 2014 and part of the broader Seattle community since 2006. One persistent question in these communities has been, "Given all of Seattle's great tech talent, why don't we have as many startups as the Bay Area or New York?" Ken had the chance to spend a few years living in San Francisco, exploring startup and founder opportunities in addition to his day job, and over the past 3 years in his role at M12 he had the chance to better understand the differences between the ecosystems. The key missing piece that he recognized was the lack of support at the earliest stages for founders. Being involved in the Founder Forums since the beginning, he realized this new program was a chance to help produce net new entrepreneurs.
‍

What’s the range of compensation packages people are leaving at companies like Microsoft and Amazon to start startups? Is compensation typically the biggest hurdle for someone to start something new, or is it something else?

While we have not collected data from our members, we have had numerous anecdotal conversations. For most individuals leaving their tech job they are leaving hundreds of thousands of dollars on the table, especially for those with RSUs/options that have appreciated in the past few years. Venture Out's goal is not to convince people to leave their day job, but rather to support those who already know they are going to leave. Usually compensation is not the biggest factor for them to venture out, but rather the need to identify support early on and derisk their concept enough to feel confident to cut the cord and take the leap of faith.

Venture Out's member base is comprised of engineers, product managers, data scientists,program managers and others. At Amazon they are between an L5-L7 and at Microsoft they are between a level 61-64. But these are not hard rules, we have members who are senior in their jobs with 10-20 years of experience at the director level or above, and some founders that are recently out of college.

‍
What are the biggest surprises that people who leave big tech for startups experience?

At a large tech company you are used to having the budget or headcount required to execute at scale and you have access to millions of customers on day one who want to use your product. It is a big shift once you venture out into your startup and you now have to operate in a cash-constrained environment and focus on acquiring your first user or paying customer.

You are the master of your own progress at a startup. This requires new founders to not only roll up their sleeves and get things done, but it also means you are constantly weighing the trade-offs of limited time, limited resources and unclear progress milestones.

Besides for Amazon and Microsoft, where do you see a lot of the top engineers, PMs, designers, and tech talent gathering in Seattle?

Top tech talent is coming from everywhere, especially as more and more companies expand in or move up to Seattle. What's interesting is how some of the later stage startups in Seattle will go on to create their own [insert GeekWire 200 company here] mafias of new startups and we hope to be there to support them. Our group includes founders from Facebook, Microsoft, Amazon, Apple, Expedia, Google, Qualtrics, Blue Origin, Convoy, and dozens of other tech companies.

What do you think a great outcome for Venture Out would be in the next year or so?

For now, we are laser focused on our inaugural 10-week, night and weekend program designed to support founders venturing out of their tech day job and into their startup. We are measuring success by the number of founders who are able to cut the cord of their day job and pursue their startup. That said, we are also measuring the number of founders who can kill their ideas in program so they can stay in their day job without venturing out at the wrong time.

Our vision is to be the go-to source for those founders seeking to leave their tech day job in pursuit of building their startup. We believe that we can help increase their chances of success by providing a community of like-minded individuals,programming and mentorship to support their growth. In doing so, we hope to create net-new entrepreneurs in the Seattle startup ecosystem.

Applications are now open for the ten-week, night and weekend program that kicks off on January 15th. The program is designed to help founders from large tech companies venture out of their day job. This program will provide content, tactics, strategies, resources, and over 50 of Seattle's best mentors and investors to support founders. The application deadline is December 23rd. For more information visit: https://ventureoutstartups.com/10-week-program

If you are moonlighting in your tech day job or have already ventured out and would like to be part of a great startup community in the Seattle area please visit: https://ventureoutstartups.com/founder-forums