Hey, I'm Dan! I invest in early-stage startups at Madrona and write the DL, a weekly newsletter about tech in the PNW

What Dan's Talking About
Why VCs love SaaS Businesses
Top DL articles of 2019
Seattle Unicorns
How much do people at tech companies make?

Boeing's 737 MAX and what it means for AI 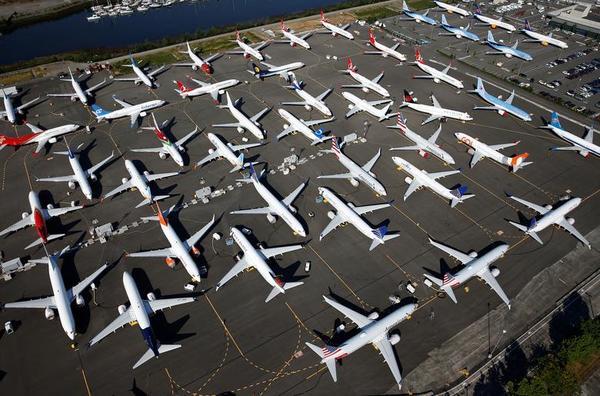 A couple of weeks ago, the NY Times published an incredibly thorough investigation into the Boeing 737 MAX. It’s written by a pilot-turned-journalist, and he goes against prevailing opinion to argue that poorly-trained pilots were the cause of the crashes, not the plane’s systems.

Interestingly, on the same day, the New Republic also released a report with the opposite point of view - blaming Boeing and exonerating the pilots.

The 737 MAX investigation raises a lot of interesting questions about AI, so here is my two-minute summary of the situation and what it means for the future of automation:

🚨 The accidents and the response

This is a very complex investigation, but I think the crux of the issue is automation. As we use more tools to automate and augment human work, who’s responsible if something goes wrong – the user? their manager? the trainer? the toolmaker? the regulators? all of the above?

Here are some of the questions I had reading through these articles:

What should we expect from humans? The way pilots describe the MCAS makes it sound like disengaging electric trim is as straightforward as guiding a car with lane-keeping back into a lane if it begins to drift. But who decides what to expect from users? Should humans always have ‘ultimate authority’ over machines, or should there be 'user-proof’ protections?

Should training be focused on tools or theory? As automation moves up the stack, the debate between teaching theory and teaching tools will become more important. The question of “why do I need to learn math if I always have a calculator” is going to become “why memorize names of bones and muscles when I could spend that time in a surgical simulator?”

Where will these types of issues pop up next? These situations will happen in healthcare, transportation, finance, manufacturing, and every industry that is attempting to automate or augment human work. The way the 737 MAX case is handled will set some important precedents for how to assign responsibility, how to thoughtfully design holistic systems, and what companies should expect from their partners.

Hey, I'm Dan! I invest in early-stage startups at Madrona and write the DL, a weekly newsletter about tech in the PNW

What Dan's Talking About
Why VCs love SaaS Businesses
Top DL articles of 2019
Seattle Unicorns
How much do people at tech companies make?