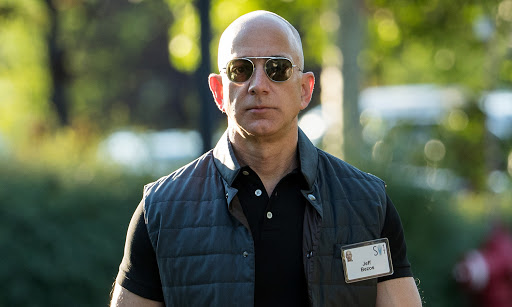 You’ve all read enough articles about Jeff Bezos stepping down as the CEO of Amazon last week, so I won’t belabor the topic. Instead, here is this week’s grand opus. My top 10 Jeff Bezos quotes… in meme format.

10. “If you can’t tolerate critics, don’t do anything new or interesting.”

9. “Customers are always beautifully, wonderfully dissatisfied, even when they report being happy and business is great. Even when they don’t yet know it, customers want something better, and your desire to delight customers will drive you to invent on their behalf.”

8. “When I interview people I tell them, ‘You can work long, hard, or smart, but at Amazon.com you can’t choose two out of three.”

7a. “As a company grows, everything needs to scale, including the size of your failed experiments. If the size of your failures isn’t growing, you’re not going to be inventing at a size that can actually move the needle. Amazon will be experimenting at the right scale for a company of our size if we occasionally have multibillion-dollar failures.”

7b. “Failure and invention are inseparable twins. To invent you have to experiment, and if you know in advance that it’s going to work, it’s not an experiment… ”

6. “Disagree and commit…will save a lot of time. If you have conviction on a particular direction even though there’s no consensus, it’s helpful to say, ‘Look, I know we disagree on this but will you gamble with me on it? Disagree and commit?’ By the time you’re at this point, no one can know the answer for sure, and you’ll probably get a quick yes.”

In our retail business, we know that customers want low prices, and I know that’s going to be true 10 years from now. They want fast delivery; they want vast selection. It’s impossible to imagine a future 10 years from now where a customer comes up and says, ‘Jeff I love Amazon; I just wish the prices were a little higher,’ [or] ‘I love Amazon; I just wish you’d deliver a little more slowly.’ Impossible.

And so the effort we put into those things, spinning those things up, we know the energy we put into it today will still be paying off dividends for our customers 10 years from now. When you have something that you know is true, even over the long term, you can afford to put a lot of energy into it.”

4. “Most decisions should probably be made with somewhere around 70 percent of the information you wish you had. If you wait for 90 percent, in most cases, you’re probably being slow. Plus, either way, you need to be good at quickly recognizing and correcting bad decisions. If you’re good at course correcting, being wrong may be less costly than you think, whereas being slow is going to be expensive for sure.”

3. “Some decisions are consequential and irreversible or nearly irreversible – one-way doors — and these decisions must be made methodically, carefully, slowly, with great deliberation and consultation… . But most decisions aren’t like that — they are changeable, reversible — they’re two-way doors… . [These] decisions can and should be made quickly by high judgment individuals or small groups.”

1. “The framework I found which made the decision incredibly easy was what I called – which only a nerd would call – a ‘regret minimization framework’. So I wanted to project myself forward to age 80 and say, ‘Okay, now I’m looking back on my life. I want to have minimized the number of regrets I have.‘”

And one last one to close it out:

“To laugh often and much; to win the respect of intelligent people and the affection of children; to earn the appreciation of honest critics and endure the betrayal of false friends; to appreciate beauty; to find the best in others; to leave the world a bit better, whether by a healthy child, a garden patch, or a redeemed social condition; to know even one life has breathed easier because you have lived. This is to have succeeded.” – Ralph Waldo Emerson